Future generations should be given a voice in today’s political decisions, argues leading public philosopher Roman Krznaric. How does he envision that? How can we be a good ancestor?

You can attend this event physically or online. When making your reservation, choose between a physical spot or an online reservation.

The future generation is not here to ask us to care for the planet we live on, they can’t join a strike and they can’t vote. Yet we live in a world where the focus lies on short term rewards with 24/7 news updates, tweets, online shopping and cheap tickets. In his new book The Good Ancestor, Roman Krznaric argues that the greatest challenge we face is not climate change, extreme inequality or terrorism: it is our inability to think long term.

Do you want to learn how to be a time rebel who is able to think long term?
Join the conversation with Roman Krznaric on the 19th of November and be inspired. 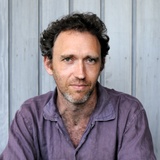 The Good Ancestor reveals six profound ways in which we can all learn to think long, exploring uniquely human talents like ‘cathedral thinking’ that expand our time horizons and sharpen our foresight. Drawing on radical innovations from around the world, Krznaric celebrates the time rebels who are reinventing democracy, culture and economics so that we all have the chance to become good ancestors and create a better tomorrow.

Roman Krznaric
Roman Krznaric is a public philosopher who writes about the power of ideas to change society. His latest book, The Good Ancestor: How to Think Long Term in a Short Term World, has been described by U2’s The Edge as ‘the book our children’s children will thank us for reading’. The Dutch translation ‘De Goede Voorouder’ will be published in January 2021.

After growing up in Sydney and Hong Kong, Roman studied at the universities of Oxford, London and Essex, where he gained his PhD in political sociology. He is founder of the world’s first Empathy Museum and is currently a Research Fellow of the Long Now Foundation.

Roman has been named by The Observer as one of Britain’s leading popular philosophers. His writings have been widely influential amongst political and ecological campaigners, education reformers, social entrepreneurs and designers. An acclaimed public speaker, his talks and workshops have taken him from a London prison to the TED global stage.

Roman has previously been an academic, a gardener, and worked on human rights issues in Guatemala. He is also a fanatical player of the medieval sport of ‘real tennis’ and has a passion for making furniture.

This program is about
This event is developed by 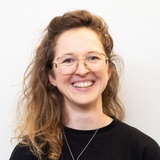